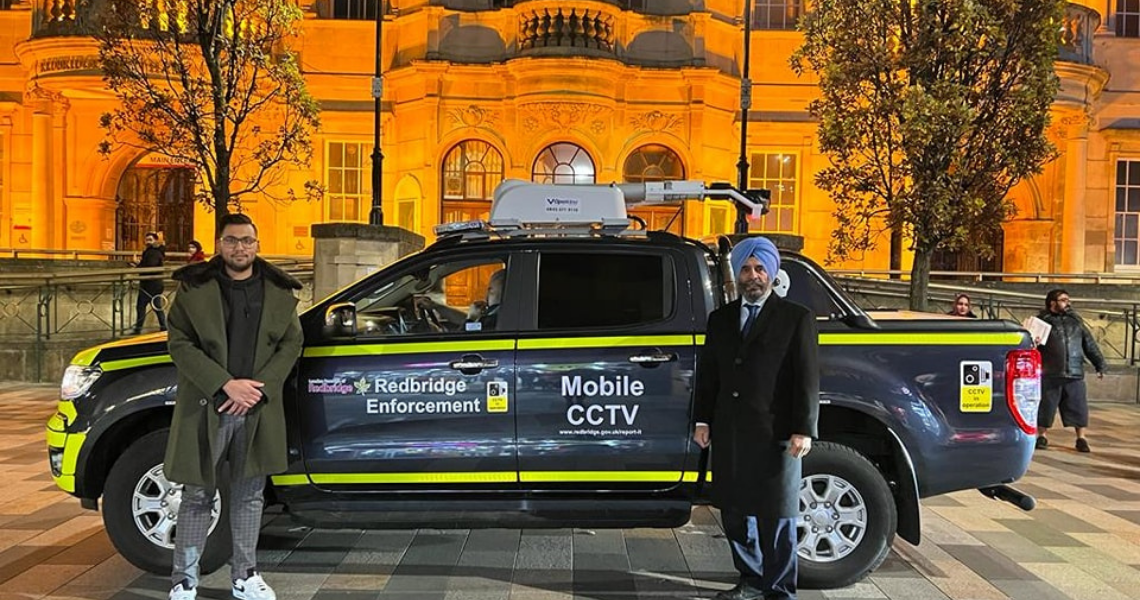 The battle against crime and anti-social behaviour in Redbridge has been given extra fuel with the launch of a new state-of-the-art mobile CCTV vehicle.

Redbridge Council’s brand-new Ford Ranger also known as The Challenger, equipped with CCTV cameras along the sides and the top of the vehicle, was welcomed into service by Leader of the council Cllr Jas Athwal and Cabinet Member for Crime, Safety and Community Cohesion, Cllr Khayer Chowdhury at its Ley Street depot on Friday 26 November.

The vehicle is set to play an important part in the council and Metropolitan Police’s ongoing operations, helping to identify offenders and gather intelligence whilst deterring crime.

It will be deployed in strategic locations within the borough where intelligence shows it is needed most, to deter illegal activity and gather evidence where required.

Leader of Redbridge Council Cllr Jas Athwal said: “Cracking down on crime and anti-social behaviour in Redbridge remains our absolute priority. We’ve listened to the views of thousands of residents and have already made real progress towards ensuring neighbourhoods across the borough are safer for everyone. This investment is just the latest part of our wider ongoing partnership work alongside the Metropolitan Police, which will also soon see more police and council enforcement officers on our streets.”

Cllr Khayer Chowdhury said: “We’ve rapidly expanded the number of cameras installed around the borough, and the Challenger vehicle will enhance our mobile camera capabilities. From deterring prostitution on Ilford Lane to challenging beggars in Hainault and Woodford, this vehicle will play a key role in tackling anti-social behaviour. I would encourage anyone who witnesses anti-social behaviour to report it directly to the police by calling 101 or visiting: https://www.met.police.uk/ro/report/asb/asb/report-antisocial-behaviour/”

The vehicle contains two cameras on the side plus an elevated platform camera giving long range coverage. The cameras record ultra-definition footage and images that play a key role in evidence gathering.

It supports the council’s continued expansion of its CCTV network, which has seen an additional 48 cameras installed around the borough in the last six months – with seven more due to follow soon.

The Ford Ranger is a ULEZ compliant vehicle and provides 4x4 capacity to officers who often investigate industrial flytips in wooded and inaccessible parts of the borough. Officers will also use the vehicle to provide support during major incidents such as floodings.