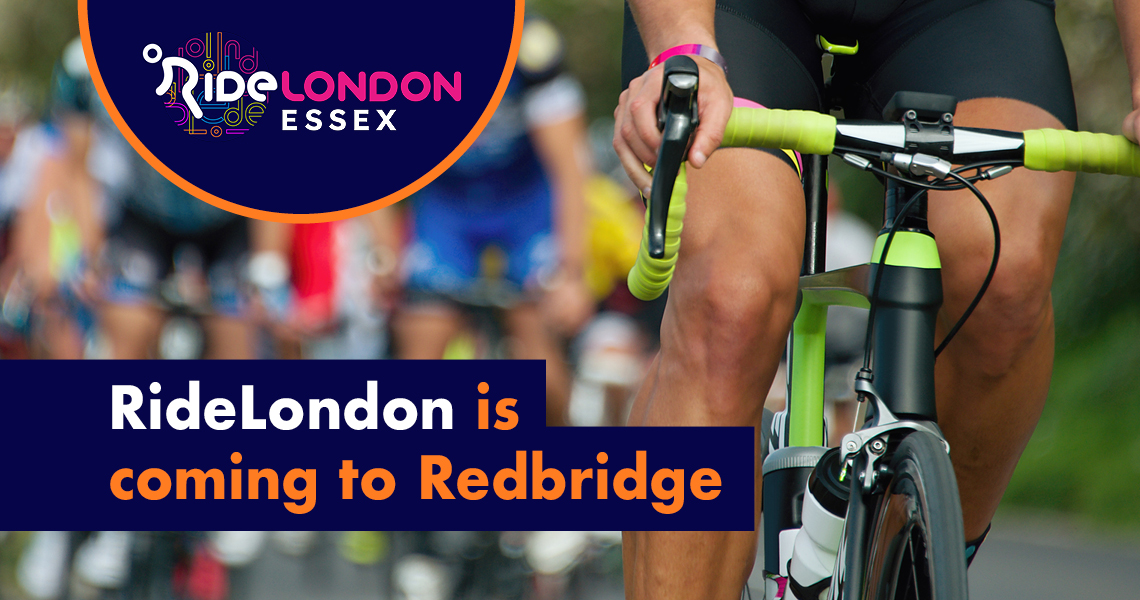 Get ready: RideLondon is coming to Redbridge

The world’s greatest festival of cycling will hit the streets of Redbridge in just a matter of weeks.

RideLondon, an annual cycling extravaganza, comes to Redbridge on Sunday 29 May.

RideLondon involves several different races at varying levels and is one of Europe’s most successful fundraising cycling events, with riders raising almost £80 million for charity since the first RideLondon in 2013.

On Sunday, 29 May, members of the public and charities will take part in the RideLondon 100, 60, and 30-mile amateur sportives through parts of central London, Woodford and Essex.

The Deputy Leader of Redbridge Council, Cllr Kam Rai, said: “We’re very excited at the prospect of RideLondon coming to our borough at the end of May.

“We hope RideLondon will inspire local people to go out cycling as the Tour de France did in the summer of 2014. Many families were out that day, soaking up the atmosphere and cheering on the cyclists as they sped through Woodford.

“We’re sure the RideLondon cyclists will get the same level of support, and that’s why we’re setting up a crowd zone in Woodford where people can get together in a safe & accessible space and enjoy everything the occasion has to offer.”

RideLondon is organised by London Marathon Events and will pass through several main roads in central London, Woodford and Essex. There will be some road closures to make the event safe for cyclists. Redbridge Council Highways Team are working closely with RideLondon organisers to ensure disruption to residents is kept to a minimum.

RideLondon will bring extensive benefits to the borough, attracting visitors to Redbridge high streets, encouraging local people to take up cycling and promoting Redbridge as part of an internationally recognised sporting event.

Redbridge Council is setting up a crowd zone where people can go and enjoy the event and watch the cycling in a safe and accessible. The crowd zone will be situated at Woodford Green Cricket Club, IG8 9EZ.

There will be some road closures across London, Essex, and Redbridge on Sunday 29 May; these closures have been organised to keep cyclists and people watching the cycling safe from cars for the duration of the event.

Roads adjoining the event routes will have local access only for residents and businesses. Some adjoining roads will have no vehicle access during the road closure period. Residents who usually park on roads closed for the event will be asked to move their vehicles the night before.

Due to event road closures, some buses will be diverted, and some stops may also be temporarily relocated.

For full information on road closures, please visit RideLondon or Transport for London.

Find out more about cycling in Redbridge.