Leader's statement on the passing of Prince Philip, Duke of Edinburgh 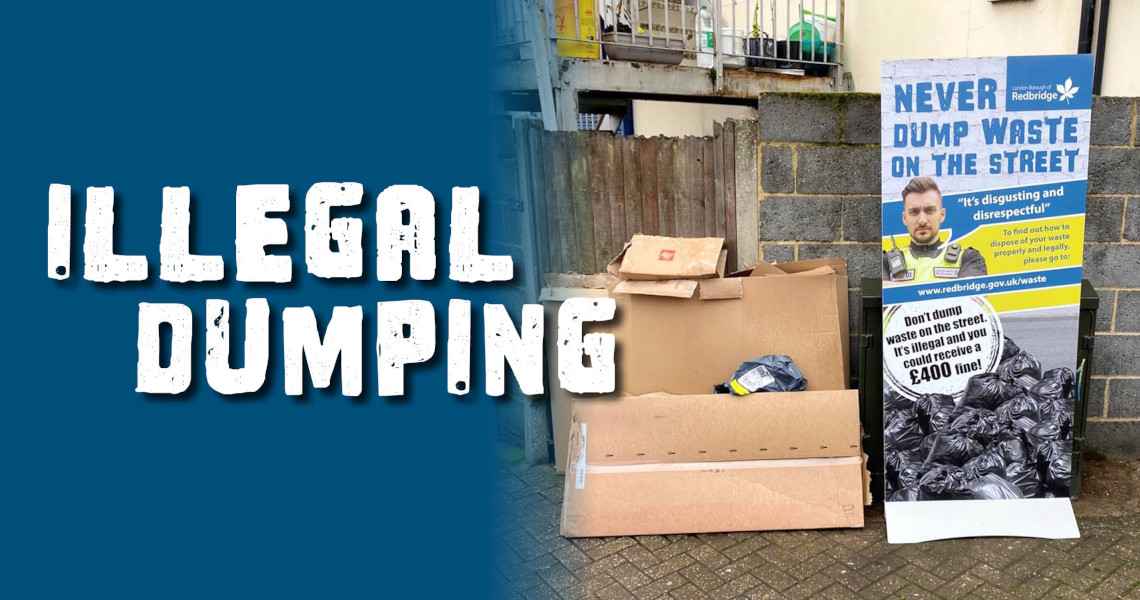 The eye-catching ‘Illegal Dumping’ campaign kicked off with a series of social media videos highlighting the harmful impact fly-tipping has on communities, including attracting vermin, making neighbourhoods messy and posing a danger to residents.

The educational videos also include information about rubbish disposal, and how to report illegal dumping in Redbridge.

Alongside the videos, campaign posters have also been featured on advertising vans driven around fly-tipping hotspots, as well as ‘Illegal Dumping’ adverts on buses travelling along routes near problem areas.

The posters highlight the ‘disgusting’ and ‘disrespectful behaviour’ of those dumping rubbish, along with the message that mess making culprits risk a £400 fine every time they ditch their trash on the borough’s streets.

In support of the campaign a series of community engagement days are also being planned.

Subject to COVID-19 restrictions, the engagement days will focus on educating local communities on how to dispose of rubbish correctly and legally, informing about the penalties and consequences of illegal dumping, and how to report sightings of illegal dumping.

The engagement days will target areas that have seen a surge in fly-tipping over the last few months, and will involve council officers from Enforcement and the Neighbourhoods Team speaking with local people, and distributing ‘Illegal Dumping’ awareness leaflets.

The leaflets have also been translated into several different languages to reach a wider audience.

Cabinet Member for Civic Pride Cllr John Howard said: “Every time we clear illegally dumped rubbish off our streets it costs us resources and money, which could have been avoided and better spent elsewhere on other services for residents. Redbridge is our home and we all have a duty to keep it clean by disposing of our rubbish responsibly. Our new ‘Illegal Dumping’ campaign aims to educate and inform to help people make the right choices when it comes to disposing of their rubbish. By working together, we can make a real difference because we all deserve to live in a clean, and safe environment.”

The campaign has already highlighted several fly-tips in the borough with banner stands placed next to them to raise awareness of the negative impact dumped rubbish has on neighbourhoods.

Enforcement officers made sure prompt action was taken after tracking down the culprits who left their rubbish at the highlighted sites, and dished out £400 fines to the offenders.

For more information about disposing of waste and recycling in the borough please visit: www.redbridge.gov.uk/waste

To view the campaign videos, go to:

Illegal Dumping - I didn't know, I do now:

Illegal Dumping - What do people think: